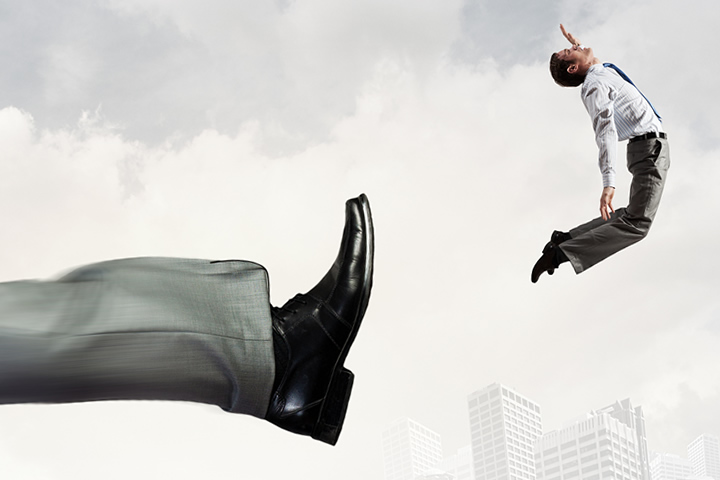 What happens when a trucking company fires you for filing workers’ compensation? One trucker in East St. Louis got injured on the job back in 2018 and filed for benefits. The company fired him for allegedly filing for these benefits. On July 31, Roderick Jones filed a lawsuit against Zade Trucking after they were in direct violation of the Workers’ Compensation Act. This law protects employees from getting wrongfully terminated if they were injured in an accident while at work.

What the Complaint Stated

Roderick Jones filed a four-page complaint against his former employer. Dana Howard owns Zade Trucking, and Ryan J. Mahoney is the registered agent. This specialized freight company first became certified in 2017. When requested for a comment, they did not respond. The complaint said that the freight company fired Roderick Jones because of how he exceeded reasonable employment expectations. Six months after Jones was injured on the job, the company let him go. Jones has said that they fired him because he exercised his rights for workers’ compensation after an injury.

Public policy was allegedly violated in this case, and to exercise and defend his rights has become quintessential. The damages Jones seeks come in excess of $100,000 in benefits and back wages. Jones says in the complaint that he has suffered a loss of income, emotional distress, a loss of benefits, and embarrassment and humiliation.

Are You in the Same Situation?

This case shows us an excellent example of how you can protect yourself if you filed for workers’ compensation. These laws exist to keep employers from taking advantage of their employees. Many times, employers will claim that they fired the employee for a legitimate reason, but this is often to cover up the actual causes. Examples of some of the valid reasons that they may try to fire you include:

An employer may cite any one of these reasons for your termination as a cover-up. You should not be afraid to seek benefits out of the fear that you would get fired. If this has happened to you, you need a good lawyer who can defend your rights. They will investigate the circumstances to determine the exact reasons for why the truck driver may have been fired. Under the scrutiny of a skilled employment lawyer, many times these ruses fall flat on their face. Most employers know that they can’t fire someone simply because they filed for workers’ compensation, so they make something up.

The Purpose of These Laws

Employees are the backbone of a person’s business, and these laws exist to protect the rights of employees. They deserve to be treated fairly and receive the right level of compensation.

Most of these claims are legitimate, and they were filed because they wanted to receive fair compensation for an injury on the job. You do have a few cases where they had an honest intention to deceive. Because of that, you have to make sure that you represent the facts correctly, and all the details need to be correct. Any misrepresentation could be seen as deceit. This could lead to your rightful termination. Some of the examples where a claim wasn’t filed in Good Faith include:

Any of these things violate the Good Faith definition. Unfortunately, some claims aren’t just, but most of the claims filed were made for legitimate reasons. You have a persistent and damaging myth that many of these claims filed are false, but the truth is that most claims filed are legitimate. If you have an employer who has begun to mistreat you, or they threaten to fire you over filing workers’ compensation, you shouldn’t even hesitate to speak with a lawyer. You can find many lawyers who won’t charge you anything unless they have won the case for you. Always check to see how they charge, however.

Not All States Protect You

Unfortunately, not all the states in the United States will protect you from wrongful termination over workers’ compensation benefits. While Texas, California, and Minnesota protect their workers from this type of abuse, Georgia has an at-will policy, which means that you can be fired at any time and for any reason and includes while being out on disability or performing light duties on the job. It’s still illegal to directly fire them for filing for workers’ compensation, but not for some of the other reasons. However, even if you get fired, you can continue to receive workers’ compensation benefits. In whatever state you reside, you should first speak with a lawyer because this will help you to understand your rights before you file a claim. Every state will be a little different from the last one. A lawyer can help you to navigate these tricky legal waters.

How to Avoid Wrongful Termination After an Injury

You never know if your employer will play fair or not after you have received an injury. Since they have a right to terminate you after you have been injured and filed for workers’ compensation benefits, you should do everything in your power to avoid being wrongfully terminated. Some of the things to do after you have returned to work include:

You want to make sure that you don’t give them a reason to fire you as a type of cover-up. If they don’t have a legitimate reason to terminate you, this ensures that you will get the most out of the case if you get wrongfully terminated by your employer.

What Happens if You Go Back to Work with Restrictions and Get Laid Off?

Let’s say that you get injured, and you have begun to recover. However, you have some restrictions. The doctors have told you not to do certain activities at work. As a result, the employer decides to lay you off. You have to prove that you were let go for a reason due to your injury, and you could be entitled to compensation (and you should hire a lawyer because this is tricky legal waters for you to navigate).

As a truck driver who works for a company, you need to know how to protect your legal rights. Not every employer will play dirty, but some don’t want to pay workers’ compensation, and they will sometimes use underhanded and unfair tactics as a way of doing it. If your legal rights were violated, you need to file a lawsuit with a lawyer. These laws exist to protect your rights. In the past, if you were injured on the job, it could spell financial ruin for a family, and that is one of the reasons that they came up with workers’ compensation was to protect employees.