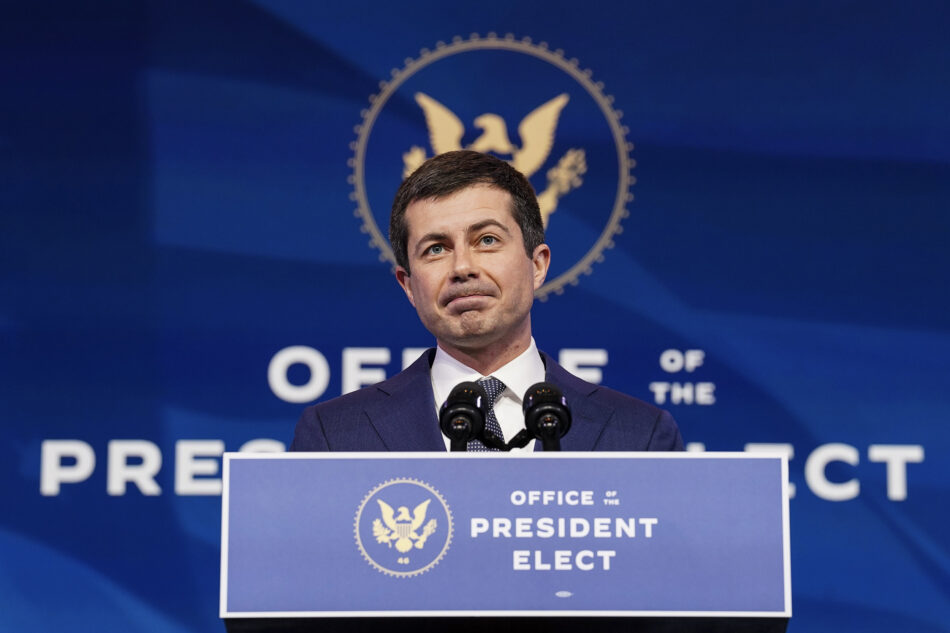 Pete Buttigieg: What to Know

Previously, Buttigieg fought for the Democratic presidential nomination against President Joe Biden. He serves as the youngest member of Biden’s cabinet at age 39. When Buttigieg takes the reins, he will have jurisdiction over federal highways, pipelines, railroads, and air traffic. The Department of Transportation employs 55,000 people.

Climate change continues to change our planet with the release of CO2 gases into the atmosphere. Figuring out how to address this concern, Buttigieg will serve an essential role that puts a fist in the mouth of climate change. President Biden has infrastructure improvement proposals that will lead to the second great railroad revolution.

Under the Biden administration, climate-resilience will take precedence as we seek to combat problems associated with droughts, superstorms, and extreme floods. Buttigieg appeared on a couple of talk shows like The View and The Tonight Show. His TV appearances have made him stand out as one of the more visible members of Biden’s cabinet.

The Department of Transportation has traditionally been a bipartisan issue. In other words, both political parties can reach an agreement. Republican Senator Roger Wicker of Mississippi said that he plans to uphold this tradition. Democratic senator Maria Cantwell praised Pete Buttigieg’s experience during the opening session.

Buttigieg displayed an impressive understanding of our transportation policies, which won him the position. He first attended Harvard College, and he later had a Rhodes Scholarship to attend Oxford University. To win the position, Buttigieg had to show an understanding of transportation and infrastructure. Buttigieg told Congress that he planned to work with members of the government to boost funding for infrastructure. He will have to look for short and long-term avenues to secure the US Highway Trust Fund for repair work on bridges and roads.

How It Relates to Trucking?

The Biden administration paused regulatory actions and specific trucking programs at the start of his presidency. For example, Buttigieg will examine the available split sleeper options and maintaining the exemptions for trucking at the state-level rest break laws. Buttigieg told Congress that he plans to look into the exemptions made for the ELD mandate for livestock haulers.

Safety underscores the core mission. Amid the pandemic, safety and economic prosperity prove a delicate balance because they want to keep store shelves stocked while keeping America’s highways safe.

What Trucking Thinks of Buttigieg

The Truckload Carrier Associations‘ David Heller spoke and said that everyone in the trucking industry sees Buttigieg as a highly intelligent individual. He always listens to both sides of the argument and tries to learn more to arrive at a good decision. When Buttigieg encounters a topic he doesn’t understand, he asks many questions. At the same time, he engages the conversation to keep it alive and moving forward.

Service in the Military

Along with his education, Buttigieg served as an intelligence officer in the Navy Reserve. His military service brought him to Afghanistan, where he took a seven-month leave as mayor to serve in the war. Time and time again, Buttigieg has served his country and showed his merit as a US citizen. He brings a valuable perspective to DOT where they can hopefully resolve the infrastructure problems facing cities and towns throughout the nation.

Even serving as the 32nd mayor of South Bend, Indiana, Pete Buttigieg talked about how he saw infrastructure problems daily that impacted Americans. The greater federal investment will enhance our nation’s safety and improve a floundering economy. Today, we look for ways to implement technology to lead to long-term solutions. We live off the investment of the infrastructure that our grandparents built.

Continuing that trend will lead to problems as America’s infrastructure continues to decay. A robust infrastructure remains one of the best ways to stay competitive with the rest of the world. Across the nation, inspectors rated over 54,000 bridges as “structurally deficient.”

The Biden administration has said that it has a big plan for infrastructure, which it will unveil in the coming spring. All of this focuses on addressing climate change, which the Trump administration largely ignored. Buttigieg says that he plans to enforce fuel economy standards while increasing the electric vehicle charging stations to 500,000. That would mark a massive increase because, as of March 2020, the US only had 78,500 charging outlets. Making sure that truckers have the necessary flexibility for hours of service remains high on the priority list. That won’t go away with the Biden administration.