Heros of the Highway 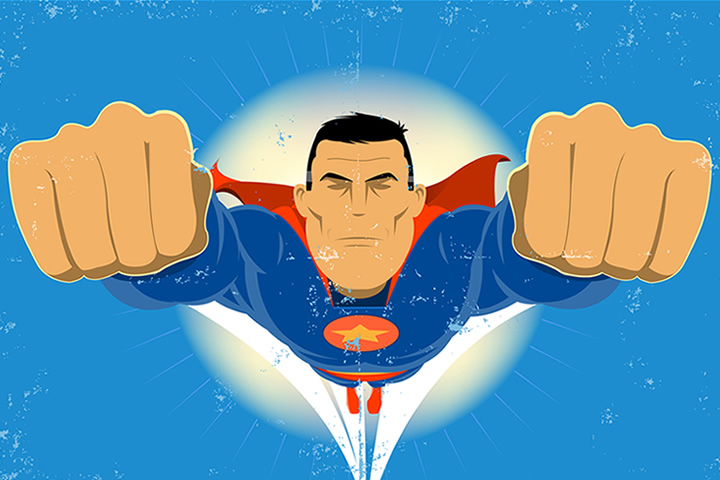 So often we go through life assuming that all is well when, in fact, potential danger could be lurking around any corner. This is especially true on the highway. There isn’t always a villain involved, and accidents are called accidents for a reason, but when something terrifying happens, it’s nice to have a hero nearby. This could be in the form of medical personnel or someone with CPR training if an accident has occurred. But, it could just as quickly be in the form of an average Joe kind enough to pull someone from a burning vehicle. Fortunately, more often than not, though, no accident occurs. But sometimes it does; just not for everyone involved. Sometimes a hero makes a split-second decision that saves everyone else on the road. Shame that it doesn’t always save the life of the quick-thinking hero.

A Heroic Trucker Values the Lives of Others

Such was the case on June 19 of this year, 2019 when 40-year-old Kenneth Rogers chose to risk his own life to save the lives of others in at least four different vehicles. Seeing the picture of his semi after it plunged 30 feet over the side of the road, where it exploded and enveloped in flames is bound to fill you with awe knowing that he thought that much of others.

As Kenneth was driving his 18 wheeler in the northbound lane of Interstate 94 in Caledonia, Wisconsin at about 11:00 am another driver in a semi-truck in the southbound lane hit the median after passing and accidentally steering too far in. This caused the median wall to collapse into the northbound lane. The three vehicles in front of Kenneth Roger’s tractor-trailer hit the median barrier, the other semi and each other, but their lives were spared because of a hero who, unfortunately, was forced to give his life by swerving to avoid the vehicles sending him over the side.

A Hero With Kindness and Patience

Guys like Superman don’t always wear a cape. Sometimes they drive a massive truck. Darrell Atkins had been driving a big rig for 27 years when one day an elderly couple drove by him in a red PT Cruiser. Not long after that, he saw the vehicle again as it flipped end over end after being hit by a bus from the rear.

Atkins pulled over, and with another driver, they pulled the driver’s door open with great effort. The driver, Meredith, was fine, even though she was hanging upside down in her seatbelt, and there was gasoline leaking everywhere. After pulling her to safety, Darrell went back and pulled her husband out. After putting them safely away from the vehicle, he went back not once, but three times for their dogs. You’ve got to admit that this man has a heart and should have a cape.

A Hero With X-ray Eyes

No, this superhero didn’t have x-ray vision, but he did have a keen eye and enough compassion and inward vision to see what could have so easily been dismissed by others. His name is Kevin Kimmel, and if not for his desire to help others, a 20-year-old girl would still be the victim of sex-slave trafficking and torture.

When Mr. Kimmel pulled into a gas station in New Kent County, Virginia, one morning on January 6, 2015, he had no intention of being a superhero, but most heroes are humble.

He noticed, and old RV with black curtains and his super senses were triggered. As he continued to observe, he noticed a man approaching the RV. The man knocked and entered. Soon the recreational vehicle was rocking, and Kevin thought he saw a young girl with a very distressed look open the curtains as though asking for help.

Some would probably say to themselves that this wasn’t any of their business, or perhaps think that they were letting their imagination get carried away. But that’s not the way Kevin rolls. He looked up the number of the local police and called as fast as he could. It turns out that his vision was unnaturally good and his call resulted in the imprisonment of 2 sex traffickers for over 40 years. Later Mr. Kimmel heard that at the trial it was brought out that the victim was stolen from her home in Iowa and was told that her parents would be killed if she didn’t comply. She had nails driven into her feet and was burned with metal objects from the stove, then pimped out to men answering online ads.

Kevin continues to tell his story and educate others. While you’re driving down the road or when you’re at a stop, maybe this story will help save a potential victim. Wouldn’t it be great to be someone’s hero and give them a better future?

Superman never went looking for a fight, but when he had to save someone, he never hesitated. That’s what happened to trucker Darren Phillips, an Iraq War veteran of Taylorsville, Utah.

The story started just before Darren showed up when an officer pulled 36-year-old Dustin Roberts over in a routine traffic stop but suspected additional criminal activity. Roberts fled on foot into traffic. The officer pursued, and in the melee, Roberts reached for the trooper’s gun.

Darren, like any other superhero, came along just in the nick of time. He, without hesitation, ran over and put Dustin Roberts in a chokehold that no villain could escape. As it turns out, Roberts had 74 pounds of marijuana and some cocaine in his car. He’ll go away for a while, and Darren Phillips will, no doubt, continue to be the superhero that he is.

The Lone Ranger of the Highway

The more you look at this subject, you can’t help but grow in appreciation for the truckers on the highway. It seems as though they are the real cowboys today. It’s like John Wayne riding 400 to 600 horses all at one time.

Here are just some of the things these stories prove that they are willing to do: