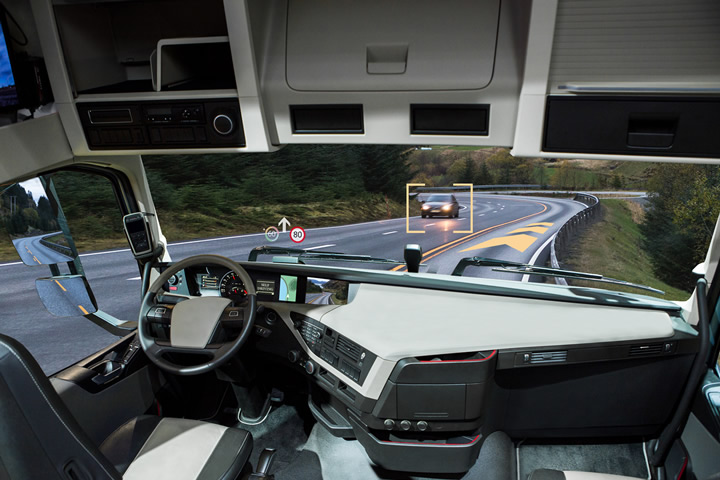 With a fear of losing their jobs, Missouri truckers have banded together to protest outside the state capitol in Jefferson City, Missouri. Irate truckers took to the streets to convince the state government to pass a bill that would stop self-driving trucks from taking over the highways in Missouri. As of right now, the technology hasn’t progressed far enough to pose a threat to truckers, but most of them see this as a threat to their livelihoods.

Many truckers have driven for trucking companies their whole lives, and with the arrival of this new technology, it could put thousands out of a job. Mike Moon, a member of the Missouri House of Representatives, has said that he has drawn up a bill that would keep autonomous trucks from driving in the state of Missouri. Moon also sees it as a safety issue with heavy machines operating solely through the mind of a computer prone to errors.

Legislature already believes in protecting the jobs of truckers, and 29 states have come together to pass laws that will regulate autonomous vehicles. This includes the neighboring state of Illinois, which has set a code to monitor these cars through regulations. However, many haven’t passed laws that will ban them altogether, like in the state of Missouri, but you do have several that have.

Billy Bogar, a chief member in the protest in Jefferson City, expresses concern that as these trucks take over the highway, it will put a strain on him for putting food on the table. That’s why he and other truckers have banded together to fight against the advancement of self-driving technology. Bogar has stated that a big step forward will be having a bill put forward that will regulate self-driving vehicles at the least.

Truck drivers came together to raise awareness of this problem with broad implications. In attendance, you had 20 industry stakeholders and nine trucks present at the rally to bring awareness to the dangers of driverless semi-trucks. Truckers have a lot of power when they come together to unite against this problem. Through mass protests, they could block highways and even seize up the economy if their demands weren’t met. We shouldn’t make any mistake about how this technology has already arrived. In one case in Colorado, a driverless semi-truck was tested from Fort Collins to Colorado Springs. The testing has only grown in scale ever since.

Looking at the Big Picture

You have an impact that comes to the big picture that you must consider. With 3.5 million truckers delivering freight on the road today, we can’t afford to have that many people out of jobs all at once. The impact on society, infrastructure, and labor could send us into a severe problem. This impact will stretch beyond the road. It raises an important question like how much of society are we willing to surrender to AI and autonomy. What role will this play?

Some don’t believe that autonomous trucking will spell the end of work for truckers because of how you still have other aspects that truckers will need to account for. For example, truckers will have to stay behind the wheel because this is heavy machinery. They will still need to monitor it to watch over it. Not to mention, they will even need someone who can load and unload the truck—autonomous driving won’t account for that. That shows that this fear surrounding driver-less technology could be unfounded.

We have already seen the propellers for autonomous driving in motion, as many of the new trucks already come with autonomous driving features. For example, some trucks today will warn you if you have come too close to another car. The technology will also send you warnings if another vehicle has come into your blind spot. Still, at the end of the day, the truck driver remains in control. The autonomous technology still hasn’t advanced far enough to where it could replace truckers altogether—at least not yet.

Not to mention, when you operate a crane or heavy machinery of any kind, you generally want someone behind the technology to prevent a disaster from unfolding. No matter how much technology we get, robots can’t replace the thinking mind of a human.

Some truckers worry about the kind of future that this newly emerging technology might bring. You have a few possible scenarios depending on how the government sets up the legislature. Some truckers like Bill Bogart believe that it will lead to the annihilation of trucking jobs. On the other hand, you have the other people who say that while this technology will change the way truckers work, it won’t destroy their jobs because this type of work will always be needed. As long as demand at the stores exist, the need for freight will also live.

Some believe that with the introduction of this technology, it could mean trucker riots and civil unrest as hundreds of thousands lose their jobs. One person believes that legislation could be the answer. For example, self-driving companies could be taxed as a way of providing severance pay for truckers who lost their jobs. You might also see more people entering into college because of how many of the jobs that once didn’t require college are being automated out through technology.

Truckers Do More Than Driving

Let’s say that automated driving took over entirely. Truckers might shift into a role where they might secure the cargo, provide customer service, and maintain the trucking logs. You won’t see any of these tasks becoming automatized for the time being. Truckers will still have a responsibility to handle this type of job.

Naturally, when your livelihood gets threatened, you feel the need to protect it. However, this may not be the answer because of how technology will continue to advance either way. It will be extraordinarily hard for anyone to hold back the development of technology. Instead, anyone who feels threatened by this newly emerging technology should take measures to grow as individuals. They can use it as an educational opportunity to shift with the times and become better and stronger individuals.

BetterTruckDrivingJobs.com hopes that this article addresses why the Truckers Want to Ban Self-Driving Rigs in great detail. Feel free to add your thoughts by leaving us a comment below.