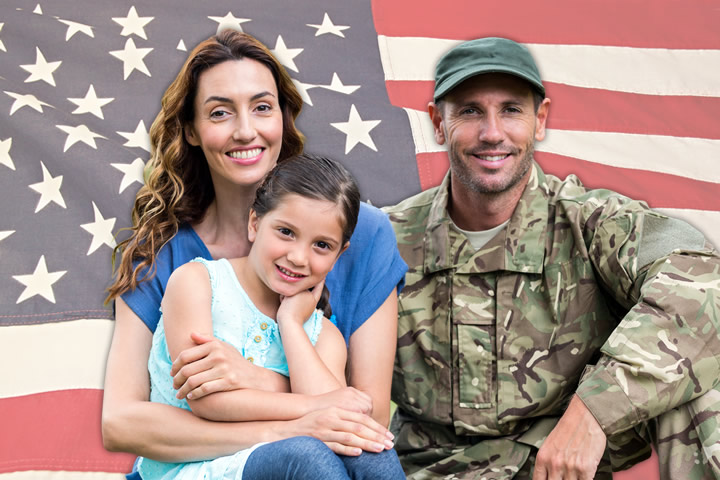 One U.S. Department of Transportation program could soon open more significant opportunities for veterans within the country. The purpose of this program legislature has said is to help with giving veterans who served our country greater opportunities for employment, as long as they meet the criteria. For a long time, people have argued that military veterans don’t get enough opportunities after serving our country, and this is one of the ways that they will get the chance.

Let’s say that you came fresh out of the military, and you need a new job in the civilian workforce. You can start a new career as a truck driver. CDL Pilot Program, a new pilot program that began on June 3, 2019, and members of the United States military will have the opportunity to get their CDL. For the military veteran who has the military equivalent of the CDL, they will be allowed to start operating trucks as soon as possible. Those who meet the criteria will have more opportunities for employment.

Unfortunately, the trucking industry has a shortage of drivers, and we need people to join up to continue to serve and fuel the nation’s economy. Anyone interested in learning more about this exciting new program should apply here. Along with helping out military veterans, the chief advantage of this program comes from putting more veterans into the shoes of a truck driver so that we can continue to fill these positions.

The Deadline and Requirements

The government has set the deadline for this program to June 25, so you will want to apply before then. The program has entered its fourth year in existence, and veterans can now go right into driving for a commercial fleet provided they have the right qualifications.

What does someone need if they want to qualify for the new program? You have a couple of different requirements that include:

A limited number of individuals will be allowed to drive between the ages of 18 to 20.

The Purpose of This Program

This program has the set goal of helping military veterans to make a transition from military service over into a civilian sector that pays well. At the same time, it helps to address a shortage of truckers found within the trucking industry. As of right now, we have a shortage of 50,000 truckers, but this number could climb to as high as 174,500 by 2024. Provided the veterans possess the military equivalent of a CDL, and they have a sponsorship from a trucking company, they will have the ability to enter into the trucking world.

What Does the Pilot Program Intend to Do

Running this pilot program will have the intentions of also comparing the safety records of the drivers from 18 to 21 with the driving safety records of the drivers between the ages of 21 to 24. This will help them to determine if truck drivers between the ages of 18 and 21 can drive with an equally good track record as what those drivers from 21 to 24 can do for interstate commerce. This pilot program will run for three years, and it will also help the government to determine if there’s a danger to letting drivers below the age of 21 do interstate driving.

Those who serve in the military are prime candidates for these jobs because of how they have the types of skills and training that many trucking companies want in their candidates for a truck driver. Not to mention, it’s patriotic to support our troops.

Some of the characteristics that military veterans possess include discipline, taking the initiative, and keeping motivated to work. All of these things get hammered into your character when you join the military. Employers like to hire these types of drivers because they will typically have the right character for the job.

Do Other Programs Exist to Help Truck Drivers?

Let’s say that you were unable to get into this truck driving program for whatever reason. Perhaps you were older than the 18 to 20 age limit, which renders you unable to participate in this program.

You still have other programs that you could get involved with. For example, some companies offer what’s known as a military apprenticeship program. During the first year, the veteran may be given a monthly educational benefit check from the VA, and they could take other benefits from being in the military.

This is only a general example. In some cases, it will depend on how long the individual spent in the military. Many of the trucking companies will work with the individual, and they will do their best to ensure that they receive the most benefits.

Look to the FMCSA

The FMCSA has a reputation for helping veterans, and their actions have done well over the years. They have given out more than $1 million in grants to nine different institutions with the intentions of helping veteran drivers. The FMSCSA has proudly assisted military service members over the years, and they have made it quicker and less expensive for experienced drivers to get their license.

What are Some of the Benefits of Truck Driving?

First, you will often find it easier to get a job when it comes to this industry because of the current shortage in truckers. Not to mention, some of the skills that you learned in the military will be of value in the trucking industry. Like in the military, you enjoyed time at home, and you had time away while in the military. Trucking offers you a similar experience to that. You will get time at home, and you will have time on the road exploring the United States. People who choose a trucking job don’t have to worry about spending time trapped behind a desk from 9 to 5, and a lot of people like this aspect of it.

When you were in the military, one of the downsides came from the fact that you couldn’t communicate with friends and family as much as what you would have liked. As a trucker, you don’t have to worry about this negative.

If you’re a military veteran and you would like a career in trucking, you may want to look at some of the programs available. You have more than a couple of different programs that are built for helping military veterans to get a job. Also, you have some trucking companies that favor veterans because of some of the skills that they acquired while serving our country. You need self-discipline, for example, to drive a truck, show up on time and get out of bed when you need to. All of these things are skills that military veterans have, and that’s part of what makes them a good fit.