Legal Pot: Making It Harder to Get Truckers? 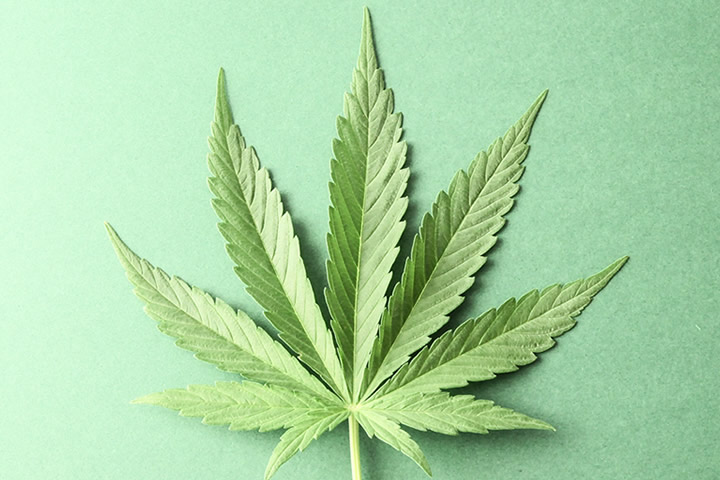 As a growing number of states have begun to legalize marijuana, getting clean truckers has become an increasing problem. Across the nation, 11 states have legalized marijuana, and most people expect that this number of states will continue to grow with time. Ever since 2014, recreational marijuana first entered a legal form in Colorado and Washington. An increasing number of drug tests have found that more drivers have started using marijuana, which precludes them from driving when we already have a truck driving shortage.

How Bad is the Problem?

Trucking companies have asked truckers not to even apply for the job if they believe that they will test positive for marijuana. Still, many have applied, and 60 percent in some areas have failed the drug test. This has hindered the expansion of some companies because more people have begun to test positive for it. With marijuana legal recreationally in 11 states and used for medical marijuana in 29 states, one survey from Gallup found that 13 percent of all Americans had used marijuana at one point or another. That’s an increase of six percent since 2013 when it was at seven percent.

Will the Stance in Trucking Change?

Most likely we won’t witness a change of the stance against marijuana in trucking primarily because it remains illegal on the federal level. You won’t be seeing this zero-tolerance policy towards marijuana changing anytime soon unless legislation changes. The Department of Transportation has set this as one of its regulations.

Under federal law, recreational and even medical marijuana aren’t allowed for truck drivers. Even people who use legally in some of the states like Colorado, California, Alaska, and Michigan could still risk termination at their trucking company if they tested positive. Some people believe that this is an oppressive law because truck drivers who drank at the local bar the night before have been cleared for driving. Anyone with a 0.02 or higher concentration of alcohol in their system cannot drive a semi truck based on regulations from the Department of Transportation. However, this usually clears up the next day, and truckers have no problem with driving. Some people question why it can’t be the same way with marijuana.

The biggest problem that you will face as a truck driver comes from safety concerns. When you drive a 40,000-pound semi-truck at a minimum, most people don’t want you operating heavy machinery while under the influence of alcohol or marijuana. The danger increases for the younger generation of 18 to 20-year-olds because of how their brains haven’t fully developed, and they’re more prone to taking risks like this.

Not everyone has skirted the law willingly, and some people don’t realize there’s still a zero-tolerance policy towards the recreational and medical use of marijuana in the truck-driving industry. Because of the legality in some states, however, cannabis has become a confusing point of contention. Most truck driving companies don’t welcome this type of behavior with open arms. Some truck drivers don’t understand that even if they have a prescription for medical marijuana, they will still have to abide by the federal regulations.

Having a truck driving shortage has only made matters worse because of how it has limited who can go truck driving and who can’t. Those who test positive will be weeded out of the system. This means that you have an even narrower work pool, and the truck driving industry already dealt with this problem on some level. One of the ways that they could get around this problem could be to treat marijuana usage like how they treat alcohol usage. While truck drivers can use it during their off time, they are not allowed to use it during their work hours. However, it is unlikely that this will happen for quite some time.

More Difficult to Test For

Alcohol has always had a straightforward way that they can test for it in the bloodstream. However, it isn’t as easy to test for using marijuana, which has always been one of the problems with it. Even the employers who want to give their employees this kind of freedom in their personal time, they don’t have an accurate way to test for it, which has spurred the regulation of it because they want to make sure that there’s no impairment on the job. As legislation towards it continues to grow in the direction of legalization, we could see more attempts to create a device that can test for it.

Not Allowed To Transport It Either

Because of how marijuana remains a schedule I controlled substance, truck drivers aren’t allowed to use it, and they can’t transport it either. This had led to some confusion as some truckers have been unjustly arrested for transporting it when it was their employer who wanted them to carry it. One truck driver was arrested for 7,000 pounds of marijuana. However, the company that bought it says that it was all done legally. The plants were purchased in Oregon, and the trucker caught in the crossfire could face federal marijuana trafficking charges at the felony level.

As Denis Palamarchuck pulled into a weigh station in Idaho, a state trooper arrested and charged him with felony drug trafficking. These are the dangerous legal grounds that have been created for truckers as marijuana grows in support, but it still hasn’t become legal enough for full safety with matters related to it.

Support for the legalization of marijuana has grown to 62 percent across the nation. That should show how the majority support legalizing it. The problem is how it seems to be somewhat in limbo right now as it has been legalized across 11 states, but not everyone supports legalizing it. Younger Americans tend to be more in support of legislation that will legalize it as 74 percent of American millennials support it. Several states across the nation will have legalization on the ballots come November.

As the federal government releases its white-knuckled grip on recreational and medical marijuana, it could hopefully make it easier for trucking companies who suffer the most from this legislation. Finding good truck drivers can be a difficult task, and when they have to screen for a drug that is legal in some states, it has made it even harder. The added problem is that over-the-road truckers tend to go everywhere in the lower 48 states and over into Canada. This means that at some point, they pass through a state where marijuana is legal. If they try the drug, however, they will be terminated from their employer. Even if they live in a state where it is legal, it can still lead to them getting terminated. This has made it twice as difficult for expanding companies to continue growing.

What we have to do is address the problem in the right way. Trying to stop all truckers from smoking marijuana may not be the best way that we can go about things, in the same way, that trying to stop all truckers from drinking alcohol doesn’t work. Instead, we may find it more useful to try to keep truckers from getting behind the wheel after they have smoked marijuana. With alcohol, any trucker found above 0.04 will be out of service, and anything above 0.02 won’t be allowed to drive. If we could come up with legislation in the same way for marijuana, it could be more useful to us than if we were to attempt to ban it outright. Not to mention, it opens up more of the pool for good drivers who don’t use it while driving.