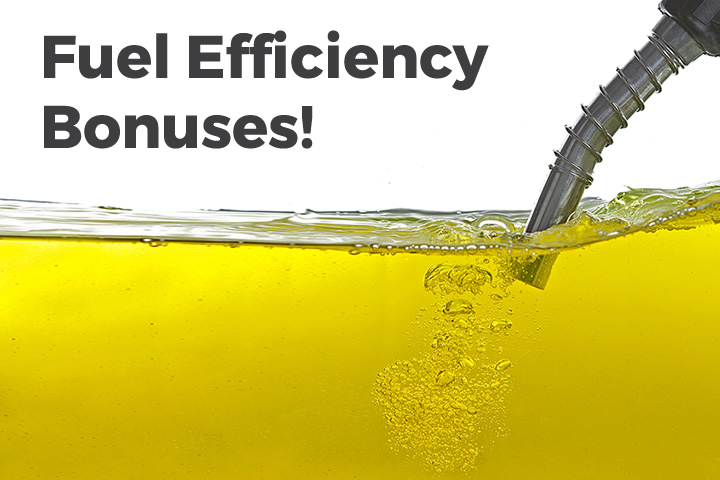 When you manage a fleet, the most significant expense you deal with is the cost of fuel. You have to keep your vehicles full to effectively perform, and based on information from the American Trucking Association, fuel costs for the trucking industry are the second-biggest expense for fleets. They can add up to as high as 20 percent of the trucking costs, which goes to show how much it costs. With that in mind, how can you make the fuel economy of your truck better?

Fuel bonuses can provide company drivers with an incentive to use as little fuel as possible. You might calculate this based on the fuel efficiency of the truck over time. When the last recession in the United States occurred, a lot of companies did away with fuel bonuses because of how they needed to make cuts to survive. However, under the right context, you can use fuel bonuses as a way to incentivize drivers while lowering your costs over time.

Don’t Scam on the Fuel Bonus.

Unfortunately, some trucking companies have created dirty tactics as a way of tricking the trucker out of their fuel bonus. Let’s say that they have been running well for the last two months, but they have to achieve a standard. They might assign the trucker to a heavy load in some of the more mountainous areas as a way of getting their fuel bonus to drop and then say that the bonus wasn’t achieved. That’s shortsighted thinking. The problem with doing this is that it proves to the trucker that you can’t be trusted for incentives, and you will have a much harder time getting them to go easy on your fuel in the future. It’s much better to remain honest with the trucker and give them a fuel bonus provided they earned it. Otherwise, the driver doesn’t benefit from better fuel management, and as a result, they most likely won’t bother to manage your fuel better.

What to Understand with Efficiency

As a fleet manager or owner, you should understand a few things about getting the most from efficiency. First, you should understand how distance doesn’t always equal efficiency. In some cases, a route that has the shortest distance could still use more fuel because of how the speed limit, traffic conditions, and road quality will all have an impact. You should also understand how idling the vehicle can have a negative effect on you. Whenever you idle a vehicle, it will be zero miles per gallon. It’s true that you can entirely avoid idling your fleet, but you should try to reduce it through keeping company drivers aware of it. Whenever you design a route, take the stoplight frequency and busy times of the day into account.

Maybe too simple, but, to get the best fuel economy, you have to take the time to improve the route. You can always look at the route as something that you can improve for better fuel efficiency. Setting up the route to keep from heavy traffic and optimize the route in between your stops. This not only lowers fuel usage, but it also keeps the mileage on your truck to a bare minimum. In this way, your fleet will also last longer so that you don’t have to buy another truck as soon. As the list of your customers grows, keep a careful review of the route so that you can determine how to best proceed. An optimal route will always be important because it lowers expenses and increases profits.

You can install software such as FuelChex to monitor the usage of your fleet. This hands you access to real-time data in such a way that you can determine how to best proceed with fuel usage to get the most from it. Some of the most significant advantages that come from installing a fuel-tracking app include:

One of the most straightforward ways that you can get extra mileage from your fleet comes from discouraging your drivers away from aggressive driving. When they drive faster to pass cars, it can have an impact on fuel costs. To get around this, you can promote some good driving habits, such as:

Teaching your drivers to drive in a specific way can prevent them from taking on bad habits that cost you more in fuel. Also, while monitoring technology requires a lot to implement, it can save you a lot of cash over the long term because of how drivers will be more careful if they know that you’re watching. Some data has suggested that you could save up to 20 percent more on fuel costs just through monitoring the driving of your fleet.

You need to keep your vehicles maintained because this can have a positive or negative impact on your fleet. You could even set up a consistent schedule to check wheel alignment and tire pressure. These are both things that could have a negative impact on your fuel economy. A tire that doesn’t have the right level of inflation won’t roll as correctly. Not to mention, it can be a little dangerous to have a tire that isn’t inflated right. You can get more mileage when you have a fleet that has been appropriately maintained.

Most likely, you’ve heard how speed limits can negatively impact your fuel usage. After you drive above 50 miles per hour, you can expect a sharp decrease in fuel efficiency, and you will pay as much as $0.20 more for each gallon used for every five miles higher than 50. When you encourage your drivers to drive safely and at the speed limits, not only does it prevent accidents and possible lawsuits against your company that result from those accidents, you save money on your fuel costs.

Different practices can help you to achieve better fuel efficiency. One of the things that you have to remember comes from how fuel management starts with getting your fleet drivers educated and prepared to follow through. When they display a willingness to follow through, everything will work out much better because you have addressed it at the root. Fuel management starts with having drivers that care about fuel usage at your company.