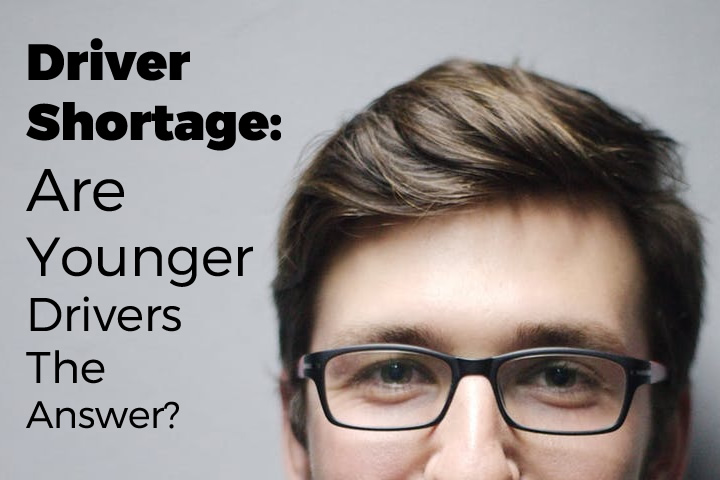 Based on current federal laws, anyone under the age of 21 cannot operate commercial motor vehicles for interstate commerce. That means that 18, 19, and 20-year-olds can only drive a CMV for intrastate commerce, or they can only drive within the state. However, this law makes little sense seeing as how reaching the age of 21 won’t make an enormous difference in one’s driving abilities. For that reason, FMCSA has sought to create a new pilot program that will let drivers from the ages of 18 to 20 drive CMVs for interstate commerce.

What if Someone Wanted to Be a Truck Driver?

The truth is, you can find even more jobs for interstate truck driving because many of the jobs for long haul trucking remains unfulfilled. This creates an ever-increasing demand to fill these positions, which could be one of the reasons that specific organizations have sought to change federal legislation. Based on the current piloting program, 18 to 20-year-old drivers who have a background in the military could soon take part in driving CMVs for interstate commerce. They first published this piloting program back in July 2018, and they had considerable success with it. For that reason, they have designed a new program that began on May 15, 2019.

Not Everyone Wants This New Program

Some trucking organizations like the Owner-Operator Independent Drivers’ Association has spoken out against the efforts to allow younger truck drivers into interstate commerce. They believe that it will lead to lowered wages and less safe conditions on the road. Large motor carriers would love for teenagers to become interstate truck drivers because this will let them pay lower wages than what they would have to with people over the age of 21. Naturally, they want to increase profits while lowering benefits for truckers.

To create the most effective program when it comes to several categories, that’s the goal. For that reason, they have sought comments on different areas that include:

The ultimate goal comes down to making an active program for training these younger drivers through the second pilot program. Everyone wants to ensure that the standards of safety behind the wheel will be adequately maintained.

One of the reasons that Congress of both chambers has sought to change legislation for this has come down to the fact that the trucking industry has a shortage of around 50,000 drivers. Younger drivers could help to bolster those numbers. However, it could be an artificial way of boosting the numbers temporarily, rather than offering truck drivers better benefits and higher pay that would give them reasons to stick around.

Larger carriers hiring younger drivers won’t be without its share of problems. For example, young truck drivers are notoriously difficult to ensure with the cost of insurance being much higher, and even more with commercial driving. Also, obtaining insurance for younger drivers who operate trucks on a regional basis could provide some level of challenges for trucking companies.

Trucking: Essential to a Thriving Economy

For an economy to prosper, you need an excellent trucking infrastructure. Whenever the trucking industry slows down, it usually indicates the nature of the US economy. When people are buying fewer manufactured goods, the need to have them shipped is less.

What are the Main Topics of the Second Pilot Program?

When the FMCSA holds its next meeting, some of the public comments will influence the overall design of the program. They hope to excite further comments for a variety of topics on the pilot program, like the level of supervision, the required safety equipment and distance and time requirements for the drivers. Designing a list for all of these things will have a real purpose that improves the program to ensure that the highway never becomes an unsafe place to drive.

Many different trucking groups have had a hard time agreeing on the path that drivers like this will take. The organization behind the program has the ultimate goal of increasing truck driving safety, and some have argued that the piloting program has gone against some of the safety protocol. Many people don’t want this program to become like a bandaid over a bullet wound. Many of the larger carriers could attempt to use this as access to a larger pool of drivers without ever resolving some of the underlying problems that led to a high turnover rate like:

Some people believe that if highway safety were the actual purpose, then the age of drivers should go up, not down, and they should focus on hiring experienced drivers for the industry. The ultimate goal behind this new legislation comes down to filling in the positions, but the FMCSA doesn’t want to compromise the level of safety on the road. While this could be a temporary fix, trucking companies have to pay attention to what truck drivers are saying and do their best to follow through so that they have more reasons to stick around. This will lead to a higher retention rate.