Man Who Beat a Trucker with Rocks Gets a Light Sentence 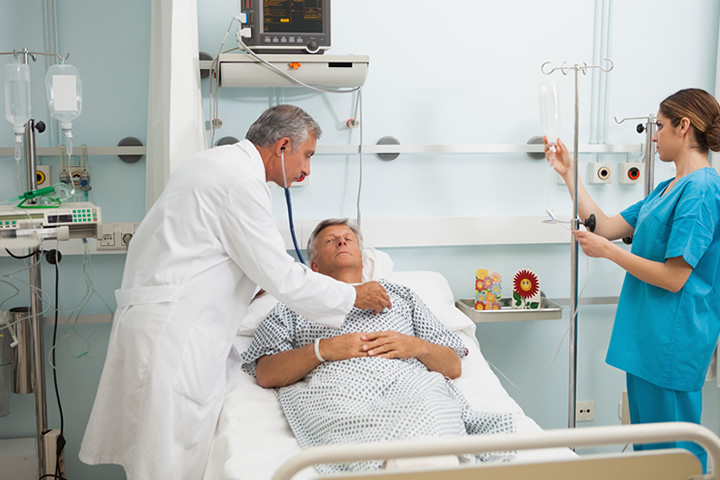 Life on the road has its share of dangers as one trucker in Idaho found out. The problem exacerbated itself because justice never adequately got served, and the Idaho man who beat him severely with two rocks in his hands at a truck stop, got away with a lenient sentence. A federal judge sentenced Stormy Ray Adakai to 57 months in federal prison after he severely beat the trucker.

How the Story Happened

Based on information from the U.S. Attorney’s Office, the truck driver slept in his truck’s sleeper cabin when Adakai decided to break into his truck and demand money. The victim repeatedly suffered strikes against him with rocks. Because of the attack, the trucker sustained numerous injuries that ranged from a broken orbital bone, brain hemorrhaging, and a fractured nose.

To put the seriousness into perspective, an orbital fracture can cause double vision, a change of vision, sunken eyeballs, decreased eye movement, and numbness in the face that could have permanent consequences. That can make driving truck impossible because of how it affects your vision. On the other hand, you had brain hemorrhaging, which can have an equally deadly result. Patients have even died as a result of brain bleeding.

Less Than Five Years for Almost Killing Someone

In total, Adakai will only spend 4.75 years behind bars for inflicting such grave harm to another human being. Adakai previously spent six months in a tribal jail, which meant that he only had to spend 57 months, but his total sentencing was 63 months behind bars. Besides, he will only have to undergo three years of supervised probation after his release from prison.

The first assault occurred in September 2018, and he pleaded guilty to causing serious bodily harm in October 2019. The accident happened on the Fort Hall Indian Reservation of the central-eastern part of Idaho.

Amos Philips, a truck driver out of Missouri, visited the local casino in Fort Hall while he had a 34-hour restart. This rule exists as a way of helping truckers to restart their workweek because federal law says that they can’t work for over 60 hours in a single workweek. Philips parked his truck at the TP Gas Station near I-15. After visiting the casino, Philips fell asleep, and that’s when Adakai broke into his vehicle. Philips said that he had no money, and Adakai began to beat him senseless as he had two rocks in his hands.

Doctors have even said that this senseless act of violence could have resulted in the death of Philips, and Adakai only got 4.75 years. In the Gem State, serious bodily harm carries a maximum penalty of up to 10 years in federal prison, and the perpetrator could have to pay up to $250,000.

A hat that didn’t belong to the victim later appeared in the truck near the passenger-side door. Based on CCTV footage, they found an individual getting into Philips’s truck, but they couldn’t make an identification based on that. Later, police detectives interviewed a witness who said that he knew Adakai committed the assault because he found him laying on the floor and breathing heavily like he had gone on the run. Also, Adakai was intoxicated, and he had scratches on his face to suggest that some struggle had taken place.

The witness said that Adakai had even admitted to him that he beat up a trucker, and he had used rocks as a way of assaulting the man.

What Does Philips Think of This?

Philips hoped to get more charges up against Adakai. He spoke out against the case, saying that Adakai got one of the most lenient sentences possible. Considering the amount of damage that Adakai did to Philips, could anyone blame him for feeling this way? Philips believes that they didn’t charge Adakai harshly enough for the crimes committed. The prosecuting attorney failed to charge him with other crimes that may have put him away for longer.

Some of the crimes that Adakai didn’t get charged with include:

Also, the fact that they charged Adakai with assault but not attempted murder seems unfair considering how Philips could have died. However, this may have failed because Adakai had no intent to murder Philips. Much to Philips’s disliking, the prosecuting attorney said that they didn’t file the other charges because of how they investigated the case improperly. The Fort Hall Police Department didn’t respond fast enough to dispatch a police detective and examine the crime scene. This meant that adequate evidence of DNA didn’t get appropriately preserved to help with the case. They didn’t recover the two rocks, the DNA or the fingerprints, which could have led to Adakai getting more severe charges.

Could Philips File a Lawsuit against the Fort Hall Police Department?

When the justice system fails you in one direction, it begs the question, “Could Philips sue for a failure to investigate the crime properly?” In truth, if Philips were to file a lawsuit against the Fort Hall Police Department, he would face an uphill battle in court. Even in cases where you get drastically let down like in this one, Philips can’t sue them in negligence, which doesn’t leave him with many options. Philips suffered significant disfigurement, and he will most likely experience chronic pain for the rest of his life as a result of the attack. The victim had seizures because of this assault.

As this case outlines, people may be wondering if we have a harsh enough penalty on bodily injury cases. In particular, when the victim suffers permanent and irreparable harm, you could make a strong case for the fact that ten years isn’t harsh enough for the perpetrator and less is a crime against humanity. After all, many of these cases result in permanent disability where the victim will have to serve out the rest of their days like this, and the criminal will walk free after only a few years. It doesn’t fit the crime, especially when malicious intent was there.

Measures to Protect Yourself

Truck drivers have a few steps they can take to protect themselves. For example, you can get a dog to watch over your truck while you sleep. Second, you have to exercise caution with the truck stops that you stay at. If something looks suspicious, don’t sleep there for the night. Try not to walk between the trucks when possible and stay away from the shadows at night. Stick to the well-lit areas. All truck stops can be dangerous, whether during the day or at night, because of the massive influx of people.

Justice didn’t get served in this case because Adakai got away with less than five years in prison while causing the trucker a lifetime of injury and pain. Philips says that Adakai never even issued a direct apology to him. Instead, he told the judge, “I should’ve known better than to do what I did.”