64 Views
Comments Off on Autonomous Trucking Vehicles: Will a Robot Take Your Driving Job in 2028?
0 0

Autonomous Trucking Vehicles: Will a Robot Take Your Driving Job in 2028? 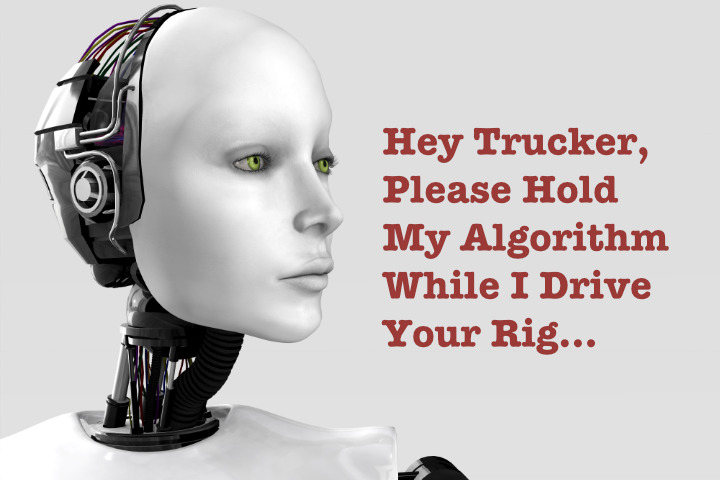 Autonomous Trucking Vehicles: Will a Robot Take Your Driving Job?

According to the Bureau of Labor Statistics, with a projected shortage of truckers in the US hitting 160,000 by 2028, more and more corporations are strongly considering implementing automated transportation (AT).

Companies like Amazon, Uber, and TuSimple have begun testing autonomous trucking vehicles domestically with drivers on board that ensure no mechanical failures occur during operation. There is so much to consider before this would become an actual reality, including how the process would be integrated into the existing fleets.

Currently, a bi-coastal run between LA and NYC would take a team five days, due in large part to strict OSHA and NTSB regulations preventing a human operator from driving more than 11 hours per day. Industry projections estimate an autonomous trucking vehicles-assisted load would cover the same route in 2 days, at a significant discount.

While extended mapping serves drivers well on interstates, it’s not nearly as reliable in urban environments. It would require massive expenditures from corporations as well as decades of additional testing and research.

And this does not account for any of the public’s legitimate and healthy skepticism about a 36,000-pound truck being fully automated. The NTSB reports an average of 5000 accidents involving tractor-trailers a year on American roadways. With over 90 percent of the root causes being operator error (lack of rest, distracted driving, and other factors), offering truckers a better rework life balance seems to make a strong case for the first and last operating method.

Autonomous trucking vehicles do still have their limitations. Current AV does not perform as well on the difficult to map urban streets, which many warehouses and depots must traverse. While comprehensive mapping is nearly bulletproof on the interstate, drivers need to board the tractor to drive the essential first miles out of the depot and into the receiving facility for safety and smooth operation.

The associated skills of maneuvering a giant 53-foot trailer in confined spaces are impossible to replicate with a machine, so drivers are assured they will be able to retire from their chosen profession on their terms. And by reducing the “grind” hours required of them to the first and last miles, they could be home more often with their families at night, as well as having reduced legal liability.

Current federal and state traffic legislation is also inhibiting the development of autonomous trucking vehicles load-hauling, as no fully automated testing is authorized on US roadways at this time. Recently, TuSimple tested an automated run between Nogales, AZ, and Oklahoma City. The run typically takes a team 24 hours, but with AT technology covering most of the long haul miles, the driver and engineer could make the trip in 14 hours. This time could be shortened even more, as the drivers still had to comply with mandatory parking and rest times on the way.

Another factor to consider is the presence of organized labor in the workforce. Many commercial drivers are still under the bargaining protection of unions, such as the well-known Teamsters organization. These employees are certainly not going to welcome AV with open arms. When administrators and executives plan to implement AV, the current contracts and the strategic rollout impact these drivers.

The added benefit of consulting the military in the development of autonomous trucking vehicles is that it has real-time testing capabilities with extensive satellite topography already in place. Using an AV convoy would save the lives of personnel in the theater and support critical supply chain movement. By avoiding the human costs associated with IED explosions, as the world has seen play out many times since the occupation of Afghanistan made national news, soldiers would be able to field test autonomous trucking vehicles and remain protected indeed.

Another advantage of offering autonomous trucking vehicles to the military motor transport pool is that developers would not face the workplace legislation roadblocks currently hampered by domestic interstates.

Should autonomous trucking vehicles take a bold look at the current remote piloting technology, it also has extensive public relations potential in commercial trucking. Having remotely controlled tractors may sit more easily with the anxious public than a completely crewless vehicle. And since many trucking companies have existing dispatch centers, it would also retain non-driving jobs in the trucking space.

AT developers could benefit significantly from the military decades of research and special cybersecurity protections by partnering with the Pentagon. Allowing a large organization with a massive supply chain to field test the AT technology could not only prove lucrative for the companies currently developing solutions? It could save American lives, a great talking point when introducing this technology to the world stage in a public space.

AV is at least a decade away from becoming a workable option in passenger transportation. Still, the framework already exists within commercial aviation and should be closely followed for its parallel industry in commercial trucking. The human component will always have to present for anyone to accept this technology. The creation of driver-operated remote transportation could be the practical solution that pleases everyone: corporations, lawmakers, and operators.

Corporations will be excited about the potential savings and revenue increases, and lawmakers will welcome the knowledge of a person having final authority over large machinery. And the public will still feel safe on the roads, knowing a skilled driver is monitoring their progress on the highways of America with less distraction and a.better quality of life.

While there is still a lot of talking and planning to do? It is safe to say that there will always be a need for highly skilled commercial transportation operators. Much as there will always be a need for professional pilots despite the current usage of similar technology. It will be an intriguing discussion that the country needs to have in short order, preferably before the next pandemic cripples domestic shipping and disrupts the supply chain again.

Everyone in the private and public sectors should consider the applications and implications of autonomous trucking vehicles because it will be the next major advancement in transit that happens during our lifetime. We have to all be happy with the result.

BetterTruckDrivingJobs.com hopes that this article addresses Autonomous Trucking Vehicles in great detail. Feel free to add your thoughts by leaving us a comment below.