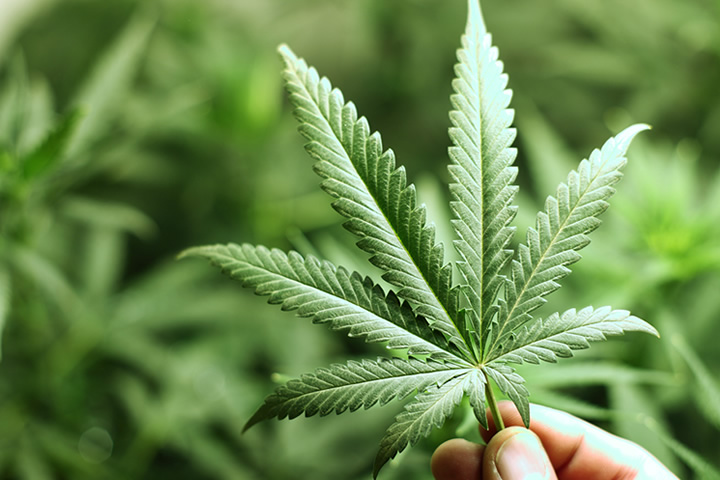 Why will more drivers have more random drug tests in 2020? Most likely, this new legislation comes as a result of more truck drivers testing positive for illicit substances. The new changes could add $50 to $70 million in increases to the expenses of the industry, but the long-term goal will be increased highway safety for everyone. The FMCSA ordered a 50 percent increase in drug tests for increased safety.

The changes will implement on January 1, 2020. Random drug testing will rise from 25 percent up to 50 percent more. Considering the increase, it means that 2.1 million random drug tests will be administered in 2020. An FMCSA Drug and Alcohol Testing Survey in 2018 showed how a one percent increase in positive tests had taken place. Because of that survey, the FMCSA plans to increase testing by as much as 50 percent.

This could have a negative impact on the new driver hires because of how it will slow down the process of putting drivers on the road. Let’s say that you have a driver that wasn’t registered. This could slow down the process of him getting hired because the fleet can’t run a full query and get consent. In fact, fleets couldn’t hire new drivers until January 6, 2020, because of how they had to be registered.

Learning More About the Law

At a minimum, you will need to do random drug testing at 10 percent, but a drastic increase could be on the books. Some fleets may not want to comply with these new laws, but you do have some dangers to not implementing them. For example, the FMSCA can easily check who has been doing random drug tests increase and reached the annual minimum. They will look at the DOT numbers to determine who remains within the law and who doesn’t.

How to Minimize Disruption

The biggest problem coming to fleets comes from how the new regulations can interfere with the actual job of truckers. It becomes more tedious when you have to comply with a bunch of laws and regulations, which is why many truckers dislike it.

Some of the ways to minimize disruption include:

While we could see a drastic increase in highway safety, the compliance-based workflow will also see some shifts and changes to it. This could complicate and slow down the hiring process if the right measures don’t come into place.

On average, 120,000 CDL drivers face a violation annually. Because the FMSCA realizes the impact that such laws will have on driving, they have said that drivers can wait until January 6, 2023, before they will have to file inquiries with the clearinghouse before granting CDLs. The goal is not to slow down the logistics industry but to improve it with the minimal impact possible.

It doesn’t matter what company you go to. You will first have to pass a drug test. Random drug tests have also become a part of this industry because of the devastation a truck driver high on drugs can wreak.

Some of the drugs that they test for include:

Why You Shouldn’t Take Drugs

Occasionally, you see a trucker brag about how they do drugs and still get away with it on the drug tests. You have one problem with this: If you get into a crash, trucking companies automatically administer a drug test. They do this to please the insurance companies. In any accident with a fatality, they will administer a drug test, even if the driver isn’t cited. In addition, if they find you with any drugs in your system, they will use this against you.

What Happens When You Fail a Drug Test?

Not to mention the consequences that come to the carrier. For example, if you get arrested for driving under the influence, this will have an impact on your federal carrier’s safety ratings. That can mean having a negative impact on how well your company can get insurance to cover all the drivers. In addition, if you get into an accident while under the influence, the following lawsuit against a smaller company can put them under.

What Could’ve Prevented This Problem

Back in 2016, the legislature wanted to pass a law where drug testing in the hair was mandatory. That, however, didn’t pass. With urine drug tests, the problem comes from how you need a lot of them to screen drivers. With hair drug testing, illegal substances will remain within the body for a lot longer. Hair follicle tests can check for drugs for up to 90 days. If the need for clean drivers becomes increased, we could see more using hair drug tests because of the greater reliability of them.

The Issue with Marijuana Usage

While marijuana may be legal to use in some states, truckers, like airline pilots, could still lose their job for smoking it. The issue comes from how the drug has a negative impact on safety. In fact, studies have shown how chronic users of marijuana have five times the likelihood of filing a workers’ compensation claim. Their medical costs tend to go up by three times as much, and they only work at 67 percent efficiency, which means they have a lot of absences.

Disqualifying truck drivers through this system could be a precautionary measure that helps trucking companies to save on the costs. Experts estimate that it saves up to $14,000 for each occurrence. That’s big savings as a company.

Making It Harder for Drug Users

In the past, if a trucker failed a drug test, they might not face as serious of consequences as today. In 2016, the legislature passed a law where motor carriers had to report information about drivers to the clearinghouse. Anyone who tested positive for drugs refused to test, or they went through a rehabilitation process that will get reported to the clearinghouse. In this way, they could also see if the driver had been re-hired on with another motor carrier. That became a common way for drivers to get around the system.

While the law first got implemented on January 1, 2020, it could take a couple of years before it fully goes into effect. For example, little progress has been made as of right now for building a database of offenders. They likely pushed back the deadline to get everything in order, but they most likely won’t repeal it entirely.

The legislature has shown little appetite to repeal this law completely. Fleet executives, however, will still want to keep their eyes on this law in the coming days and months because it could change things in big ways.

BetterTruckDrivingJobs.com hopes that this article addresses the Drug Test Increase in great detail. Feel free to add your thoughts by leaving us a comment below.