Speed Limiters: Will They Save Lives? 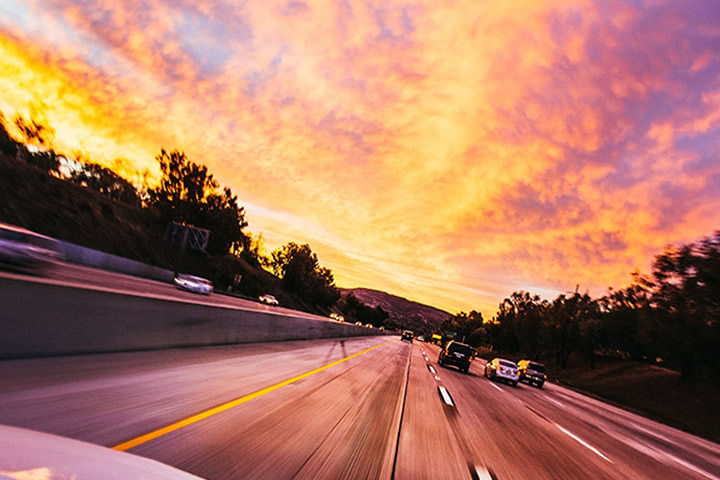 When you work in the trucking business, you drive a lot, and this can sometimes lead to accidents. Unfortunately, whenever accidents happen where a semi-truck was involved, the advocates come out of the woods, and they make demands that semi drivers put on a speed limiter at 65 miles per hour. They take a lot of the blame even though truckers aren’t always the ones to blame when these accidents happen. The problem is that when these accidents happen, they’re often fatal and people are searching for someone to blame.

Politicians love to prey off the vulnerable because they’re the easiest individuals to influence. They make claims that something could have been different from a simple tweak, but the fact is that you can’t go back and change things. Road Safe America, an organization that first popped up after Steve Owings’s son was killed in an accident with a trucker, has argued that they could’ve prevented the crash or lowered the injury had the truck not been going eight miles over the speed limit.

Road Safe America cites one study that came from the Texas A&M Transportation Institute, and the researchers in the study learned how speeding was one of the driving behaviors that had the most significant impact on commercial motor vehicles. They discovered that crashes from those with speed citations had a 170 percent greater risk of fatality from the accident. This has been the argument for putting speed limiters on semi trucks. The study falls short, however, because it never points to the situations where the truck was actually at fault. Based on information from the Federal Motor Carrier Safety Administration, they found that in 75 percent of the fatal crashes involving trucks, the truckers weren’t the ones to blame for the accidents.

When Most of the Accidents Occurred

While Road Safe America has good intentions, we believe that they have to look a little deeper at the information to understand the potential implications. They could be causing more accidents like this, rather than lowering the number of them. Road Safe America has claimed that people are foolish in trying to follow through with keeping the speed limits of truckers high. However, if this is foolish, then so are the researchers who came up with the so-called erroneous information.

Why 65 Milles Per Hour is a Dangerous Idea

The problem with putting speed limiters on semi trucks comes from how you will have such a wide variety of speeds in this way. This will ultimately lead to more accidents because of how cars will speed into each other and get wrecked. With the differences in speeds, it will make the highways less safe because you will have to slam on the brakes more often. Coming up on a semi truck too fast is not a good thing. Unless they were to make all speed limits set at 65 miles per hour, it could lead to a lot more accidents, rather than fewer. Company drivers will have to drive slower, but the owner and operators will most likely be able to get around some of these restrictions. Any considerable variation in the speeds with traffic can lead to car accidents.

We have to look beyond either lens of opinion because this isn’t even a matter of opinion. It comes down to science. The differences in speeds with traffic can lead to a far higher likelihood that someone would get into an accident because they have to slam on the brakes that much faster. The US Department of Commerce even conducted a study that confirmed that the greater differences in speed led to more accidents on the road. When everyone is going at the same speeds, it leads to fewer accidents and fewer fatalities as well because of fewer differences in speed.

When you look at much of the regulation and setups, the trucking industry has already been set on highway safety. For example, drivers can’t drive for more than 14 hours in a single day. You have plenty of other measures in place intended to help with saving lives in the industry. While Road Safe America has good intentions, they’re very misguided and misinformed about the subject, and if we were to implement them, it could have the opposite effect of saving lives. Road Safe America has gotten a few things correct.

For example, at one point, they mentioned paying drivers a higher wage to increase safety levels. This has been said for years and for a good reason. Typically, when wages are higher, it drives in some of the better workers, and they’re more responsible with how they drive a truck. This leads to safer conditions on the road.

Standardized training has been something that Road Safe America has advocated for, and this is another area where they might be right. When drivers are given proper safety training, they understand how to respond to a variety of situations that arise, and this can make it safer on the road in general.

The Weight of a Truck

You do have some truth that a faster moving truck will be increasingly dangerous. That’s because even a truck at 40,000 pounds, a lightly loaded truck at that, will have 13 times as much power as a 3,000-pound car that travels at the same speed. It’s for this reason that accidents with semi trucks have a much higher rate of fatality. When you have that much weight behind you at high speed, it can lead to deaths.

We have to realize that addressing the cause of the problem will go a lot further than trying to add speed limiters on semi trucks. The problem with that thought is that if all the other cars are going faster, it increases the likelihood of accidents as collisions will be an increased risk.

Other Goals Under Road Safety America

Road Safety America has pushed for a few different laws, but many of them are, unfortunately, misguided. For example, increasing the minimum insurance requirements will do little for safety, but it will make it harder on truckers. Another thing that they’re pushing for is legislation that gives intrastate truckers the same requirements as interstate truckers. The problem of this comes from the fact that intrastate truckers have a very different job from interstate truckers, and they remain on the road for days, weeks, or even months at a time. For that reason, the legislation should be different for them. One good part of legislation that they are pushing for is to stop truckers from taking opioid drugs while operating heavy machinery.

This could help to save lives on the road.

The speed limiter requirement sees a multitude of opinions, but for those who are advocating for safety, the idea could blow up in their faces if they implemented some of these laws. One of the dangers that exist in this world comes from making well-intentioned but misguided laws based on emotions, rather than sound and logical arguments. We have to set up laws that will make the roads safer for everyone with the minimum level of discomfort from following them.