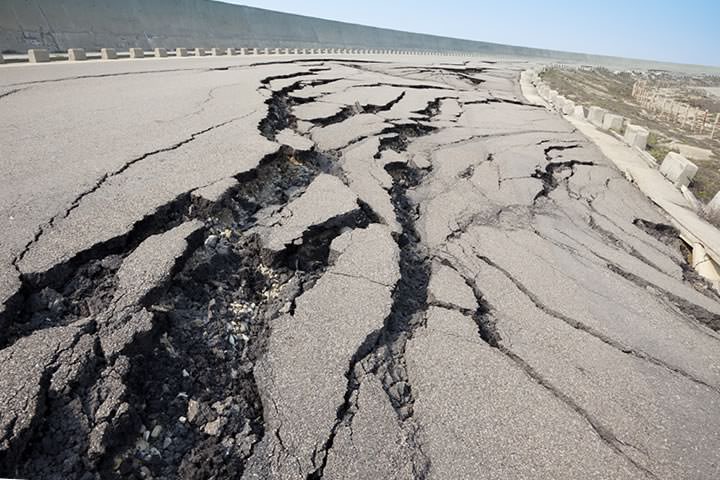 Even in countries as prosperous as the United States, over 47,000 bridges across the nation were found to be structurally deficient, based on a report from the American Road and Transportation Builders Association. The current pace of our repairs will need an amping up, or the estimation for repairing them will take over 80 years before we have serviced all of them. Some of the notable bridges on this list include:

The infrastructure problem plaguing the United States has many people worried, and Connecticut Governor Ned Lamont has snapped into immediate action to try to address the issue. Lamont, Senator Carlo Leone and Representative Roland Lemar have all drawn up an updated version of their transportation infrastructure investment proposal. Connecticut’s problem with their bridges comes from the increased traffic on the bridges. For example, they originally designed Interstate 84 as a location for 50,000 vehicles every day.

That number shot through the roof at 200,000 vehicles driving over the bridges. One of the problems comes from how train travel within the United States has fallen into disrepair, and we see a much slower rate of travel in this way than what we saw during the 1970s.

It’s estimated that construction companies built 235,000 bridges across the United States. With 47,000 rated as structurally deficient, that makes up an estimated 38 percent of all bridges. This means infrastructure funding for the bridges will need to do structural repairs, replacement or rehabilitation. The five states with the worst problem for structurally deficient bridges include:

Most people agree that more infrastructure funding needs to be raised because of how our infrastructure has begun to fail us. Snapping into action while minimizing the taxpayer burden has become the primary approach. As much as possible, we want to repair the damaged bridges while keeping the taxes as low as possible while doing it.

How to Lower the Cost

At the same time, the service has been improved, and we see superior construction, operation, and design. By moving the accountability over into the private sector, they have lowered the cost, and they will get access to it much quicker.

The United States government, unfortunately, has a poor track record when it comes to major projects. One example of this comes from the “Big Dig” of Boston. This became the most expensive road project in American history, costing $24.3 billion

Through the P3 system, we can get ahead of the problem. In Pennsylvania, for example, they are using the P3s as a way of saving the American taxpayer up to $200 million. The project will also reach its deadline after a five-year period, which puts them 15 years ahead of schedule for bridge repairs.

The Critics of P3s

Despite the positive, we should also highlight the negatives of the P3s. For example, some critics of the P3s say that corruption could become a real risk of these projects. It could disadvantage the American taxpayer, eventually. One of the ways that they plan to address the corruption issue comes from using a highly transparent bidding process and responsive audits and inspections. Another problem comes from how it could be the jobs of state employees at risk if they choose to replace them with P3s. Some of these fears could be unfounded, however, because some people believe that the workload for state employees could even skyrocket because of the P3s. That’d be because they’d have more work projects that they would have to complete.

Flooding: Damages to the Infrastructure

Damage to the bridges often comes from flooding that causes road erosion. Keeping floods from overcoming our bridges is next to impossible considering how mother nature plays a huge role in this. However, one of the ways that we can combat road erosion comes from strengthening the bridges to prepare for flooding. For example, using materials like carbon fiber could help to make the bridges stronger.

If we were to look at the specific problem where it stands, rural bridges are where the most significant challenge lies in the structurally deficient bridges. Many of the states like Iowa and South Dakota are rural locations, which have the biggest problem with their bridges. Thousands of bridges have issues in these parts due to a lack of funding. We need to do our best to address this problem as quickly as possible. Doing a better job at diagnosing the problem right from the get-go could also help with taking care of these bridge problems. An estimate of 69,000 bridges across the nation have a “posted for load” sign on it. They have put these signs up as a way of lowering the amount of stress on these bridges. However, no one is saying that load testing will provide us with a complete solution.

What States Have the Best Bridge Quality?

ARTBA has set a goal to aggressively grow and protect the infrastructure funding so that it remains in good condition for years to come. To repair all the bridges across the nation, experts estimate that it will cost around $171 billion. These are the bridges that have currently been defined as deficient. Luckily, when it comes to the American infrastructure, Donald Trump and the Democratic party both agree that American infrastructure needs to be improved. In particular, keeping the bridges in working condition could have a positive impact over the long term. The problem has become so dire that some American candidates have even focused on improving the infrastructure. For example, Minnesotan Democratic candidate Amy Klobuchar made this the focus of her campaign.
The US government doesn’t have a magical way that they can pay for the funding of the American bridges. The structurally deficient bridges will need someone to pay for them. Unfortunately, the funding has been woefully lacking in this area. However, both Democrats and Republicans have joined hands in an effort to handle the problems with the bridges. One of the ways that they could pay for the crumbling US infrastructure could come from another gas tax. The U.S. Chamber of Commerce has requested to increase the gas tax by $0.25 per gallon. This will help to fund some of the infrastructure projects within the United States so that we can have better roads.