What Do Truck Drivers Think of Autonomous Driving? 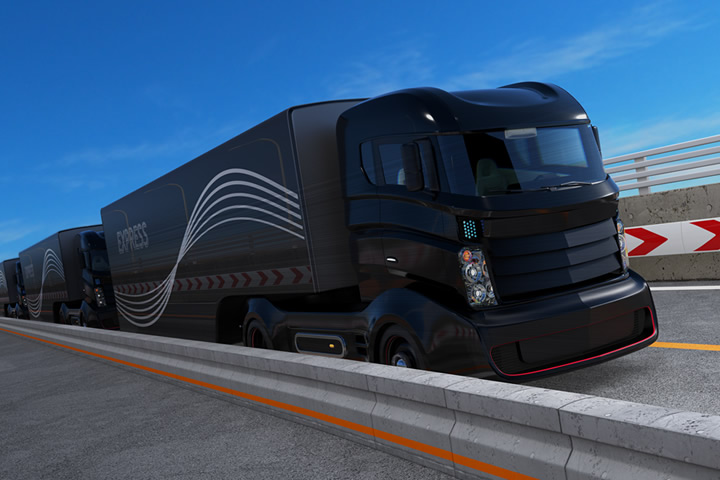 A question that some truck drivers even fear, autonomous driving, once the technology reaches the end stages of its development, will entirely replace driving jobs or put truck drivers into a more passive role. However, some truckers are worried while most believe that the technology is still a long way off.

Any trucker that has looked at the legal component most likely won’t feel too much fear about autonomous driving coming in and taking their jobs. First, you have no clear path to who you could sue if an autonomous truck hit and killed a group of people on the road. With a regular truck driver, you can bring those responsible to the courts. This is a serious issue because typically when people get into an accident with an 18 wheeler, they are going to be either seriously injured or even killed in the wreckage. In the cases where the truck driver was responsible, the plaintiff could file a lawsuit against the driver or most likely, the company he drives for. Based on the current laws, you can’t sue the freight company that made the trucking equipment. This means that you could only bring the designer of the software, the manufacturer, and others to justice under the current laws.

The Technology Must Prove Itself

Most truckers don’t worry about it because of how far off the technology is for getting all the bugs smoothed out. You will first have to work out a lot of the kinks before it will be a viable option to put this technology into a semi-truck. Even with autonomous cars, there have been examples where the vehicle veered out of its lane and injured someone. You can’t afford to make this mistake with trucking because you have an 80,000-pound monster of a vehicle. Before driving autonomously could take over the truck driving industry, it will first have to resolve the issues with the technology, and commercial trucking will most likely be the last to adopt it fully. Since perfection seems to be a long way off, truck drivers will most likely have a job for the foreseeable future.

Perhaps driving on a straight highway without a lot of turns wouldn’t be a problem, but when you get into some of the other truck driving skills, such as backing up, you understand what a challenge it can be. Backing up to a loading dock or weaving your way through a busy port isn’t always an easy task, and it requires the thinking of a real person to accomplish the task. Even if you have an interstate, you still have to have a driver that understands weather conditions, mountain passes, and construction zones. While this may not be precisely difficult, you still have a lot that will be needed to bring this technology up to par.

Humans have an intuitive sense, and they know how to improvise in a worst-case scenario, but a machine doesn’t have that level of understanding. You have to plan for every worst-case scenario. For example, what happens if the truck turns the wheel left, and you blow a tire? A human can more adequately assess the situation and understand what is necessary while a machine has to be taken through this in a step-by-step process, and you have many rich variations that make this a difficult situation to prepare for. While most drivers will nod their head and agree that trucking could one day go fully autonomous, because of the many subtle variations to situations that can arise, it most likely won’t be any time soon.

While you will hear experts talk about how self-driving semi-trucks will most likely come into place within the next decade, this heavy machinery is risky to leave without an operator. It’s like turning on a wrecking ball and walking away. You need someone skilled who can guide the process and make sure that everything runs smoothly. Drivers will monitor the controls and make sure that nothing goes awry. If anything starts to happen, they can take over and guide the truck to safety. For example, through bad weather and construction, you will still need a driver that has an intuitive understanding, and they can take over the wheel in these cases.

The way that some truckers have chosen to look at it, autonomous driving will most likely become an aid. They will use the technology when they want autopilot, or they need to take a rest, while still keeping their attention on the road. Some of the technology coming up like lane departure warning, stability control, and collision avoidance can all help truckers to get the most from their technology.

Most experts believe that truckers in the future will be similar to what a lot of airline pilots are like. They act as a guidance system to the autopilot, but the truck’s system will eventually have the ability to handle long stretches on its own. Some of the more complex situations, however, will be managed by the trucker. For example, delivery, pickup, and backing up to a docking port will all require the careful guidance of a skilled professional. The technology will need to progress a lot further before it can be used entirely autonomously, and that will most likely be a long way off.

You have an estimated 3.5 million class 8 trucks on the road today, and if an entirely autonomous semi-truck were to come up the pipeline, the truth is that it would be a huge industry disruptor. Luckily, this technology will take plenty of time to master, and it’s unlikely that truckers will have to worry about losing their jobs to robots any time soon. There will always be the need for someone to monitor the driving, and this will most likely mean having a skilled professional inside the cab to make sure that America’s highways remain a safe place to drive.

Article Categories:
I Am Zeus