Driver Training a Must When Implementing Truck Safety Technologies 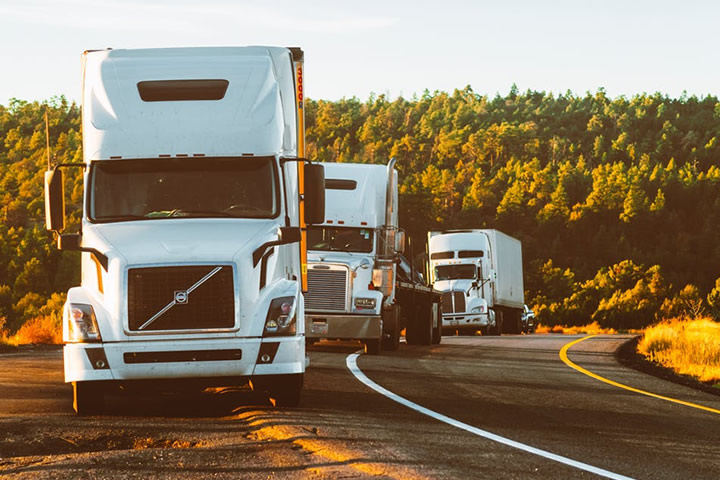 The National Highway Traffic Safety Administration (NHTSA) research shows a tragedy unfolding on our highways. Heavy-duty truck accidents reached record highs in 2017. Approximately 4,761 fatalities were recorded in 2017. This trend demonstrates how hard truckers are being worked and how difficult it is becoming to navigate the roads safely.

Drivers are driving more aggressively than ever and appear to lack an awareness of the risks. Forty percent of the heavy-duty truck drivers killed were not even wearing their seatbelts and assumed that the sheer size of their vehicles would protect them if they were to get into an accident.

In the majority of these accidents, distracted driving was to blame. Technology is overtaking the trucking industry because everyone has a smartphone. For, one can imagine how easy it is for a driver to get bored out on the road. They may start to text message girlfriends, wives, and others. The conversation can become so engaging that they forget about their professional duties.

At first, drivers may only use their smartphones when they are on the straightaway in areas where they are not likely to hit anyone if they are distracted. However, once the precedent is set, they may decide to take the risk in situations that grow increasingly dangerous. They may see slow-speed driving around towns as less risky without considering the hazardous effect of shock waves when a large truck impacts anything.

Truck safety is reaching new heights as automated systems such as Anti-lock Brake Systems (ABS), Electronic Stability Control (ESC), and various collision mitigation systems work their way into heavy-duty trucks. These safety technologies are alluring for new car buyers who are willing to settle for an SUV, a van, a truck, or anything that has the features that they want.

It only takes one technologically averted incident for the new technology to prove itself priceless if it saves even one life. Of course, there is a downside to the technology if drivers rely on technology and do not follow the necessary safety measures. This is why driver training is paramount to ensuring the successful integration of these devices in heavy-duty trucks.

There are plans to build trucks that don’t have any blind spots. These vehicles would have a complete 360-degree birdseye view to eliminating a lot of ambiguity. One day, you will eventually have fleets that are almost entirely automated like commercial jets. Commercial jets usually require very little manual intervention from the pilots. The pilot may or may not decide to use manual controls during takeoffs and landings. The rest of the flight is automated and requires only that the pilot monitor the technology as if supervising an expert co-pilot.

The Importance of Driver Training

To successfully train drivers for optimal safety, they should never be lulled into a state of complacency. Automated driving systems are starting to appear in trucks that will take over the mundane tasks associated with the job. While this may have the benefit of eliminating the psychological stress that drivers encounter, it may also lead them to decrease their vigilance. This is why truck technology is being created in a manner that ensures that the driver is always alert and participating. The automated processes would only operate in ideal conditions and would pull the truck over and stop it if the driver was not paying attention.

One key aspect of training drivers should focus on helping them to understand the engineering of the systems. If a trucker knows the contours of the system and what the function is of every part, they will have a better grasp of its limitations.

For example, if a technology device relies upon radar sensors to detect obstacles in front of the driver in a collision mitigation system, they will expect when the sensors may alert them and what it means. Few drivers know that these sensors can be blocked by snow, ice, and even dirt.

If they also understand that the system will send maximum brake power to the wheels when a crash seems imminent, this may provide them with the confidence they need to act. If a driver does not know how the technology responds, they may decide that it is best to rely upon the judgment of the computer rather than acting with common sense to avoid the accident altogether with manual braking.

The same is valid with traction control and ESC. The truck drivers must understand that this technology is only there as a backup to offer an additional layer of security. They should not expect it to make them bulletproof and fit to conquer any terrain.

The safest drivers will have an awareness of the safety system but never have to rely upon them because they follow safe driving habits. If the safety systems are triggered too often, this will demonstrate that drivers are relying upon automation and neglecting their role to avoid hairy situations. Equipment that reports activations of the safety systems to fleet managers may be a sound method of determining which drivers require better training.

Any time that the ABS has to activate, it means that the driver is pushing his truck to its limits and requires emergency braking maneuvers. Although technology like rear cross-traffic alerts would frequently occur, a driver should still be taught to check his mirrors and scan the road before making any maneuvers. One day, those sensors might be blocked or may malfunction.

Traditional drivers who are not accustomed to new safety technology may benefit the most once they have an understanding of the features as mere driver aids. New drivers may be the ones who will not develop safe driving habits because they will rely too heavily on technology to alert them or stop them when they drive recklessly.

Although a 2015 NTSB study estimated that 1,700 collisions could be avoided each year by standardizing automated forward collision safety systems, reliance on these systems would spell disaster. You would have far more accidents if drivers neglected their professional duties and relied on adaptive cruise control and sensors to guide them.

Truck drivers today have more technology available to them than ever. Flesh and blood drivers will never be hindered by technology like airplane pilots because there are far too many uncertain factors on the roads. An aircraft has the option of flying above the weather while a car is always at the mercy of Mother Nature. Inclement weather is the unquantifiable factor that will still eliminate reliance on technology. Drivers need to be aware of the limitations of their safety technology features and how they are engineered to assist them.

Careful monitoring must be carried out to check on drivers by recording the cabins. This would eliminate a lot of lawsuits for lax supervision when driver error does occur. Because truck driving is a job like any other, it attracts a mix of workers who have different levels of skill and professionalism. Keeping close tabs on drivers and providing full training is the best that any fleet manager can do to reduce liability and the severe toll that accidents can take on a company.