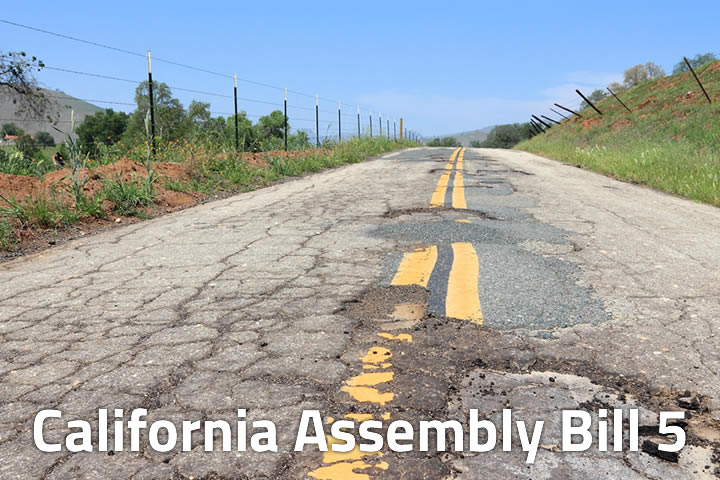 California gig economy law passed in the state of California called AB-5, over 70,000 independent truckers in the Sunshine State could see their livelihoods go from $183,000 per year to $0 per year. The new law will throw up obstacles for employers who want to classify truckers as independent workers, rather than employees. This will give these truckers benefits, minimum wage, and workers’ compensation if needed. Many truckers dislike this new and controversial law, however, and some companies even moved out of state because of it.

Irreparable Harm to the Gig Economy

With the homeless epidemic in California, you’d think legislature might have an ounce of intelligence not to worsen the problem. This law targets the gig economy, and many freelance professions will suffer the impact of it even beyond truckers, such as:

Seventy thousand truckers will suffer harm from this bill, but this bill endangers many freelancers as well. In fact, many have been faced with the choice of either moving out of state or being homeless. Some have vacated the state. An estimated 400,000 people in the state of California do gig jobs, and 1.5 million people could feel the financially damaging effects of this bill.

Judge Puts the Brakes on the Bill for Truckers

A federal judge granted a temporary restraining order on the bill for truckers. That doesn’t, however, mean that the bill will vanish. It only means that it won’t ruin your life right away, but further down the road, you can still count on putting your house up for foreclosure. One of the problems with this bill is that if a company has to hire employers, they take cost-cutting measures and hire fewer of them, putting more people out of work.

A lot of drivers like that they have the flexibility to choose their own work hours. In addition, they can work for the operators as they see fit, but the AB-5 bill will put an end to this type of freedom where an employer tells you what to do.

Putting People out of Work

While this controversial law sets the goal of raising the quality of the jobs, and it keeps employers from unfairly hiring someone on as a freelancer when they work there full-time, it couldn’t be a more misguided attempt that will backfire in the loss of hundreds of thousands of livelihoods. Now, the people that previously had a stable income will have to look elsewhere for another job.

The Flood of Lawsuits

As you can imagine, with this unpopular bill that Assemblywoman Lorena Gonzalez foolishly authored, a flurry of furious federal lawsuits has flooded the courts. Anyone who may have had their livelihoods challenged has filed lawsuits, charging it as an unconstitutional bill that hurts free speech. In particular, this new bill will tighten the grip of the media in California. Uber and Postmates have both filed federal lawsuits against this unconstitutional bill. In addition, associations for both writers and news photographers have also filed federal lawsuits. Vox Media had to cut over 200 jobs for California writers.

The California Trucking Association has also filed a federal lawsuit to protect those who may suffer irreparable harm from this bill being implemented. They say how this bill will seriously have a detrimental impact on how independent owner and operators can conduct their activities in the state.

What’s the Average Salary for an Owner and Operator?

While those working as employee truckers only make $43,680 per year, independent truckers earn an average of $222,608. Not to mention, they often have their own drivers, which means that they create more jobs for the United States economy. What this incoherent bill will do is decimate all the trucking jobs, including those working under these independent operators. The shock waves will be felt throughout the economy.

Poorly Thought-out Laws Made by Those from Another Profession

Ask any trucker, and he will most likely tell you that these destructive laws come from incompetent and unqualified politicians who have never worked at a blue-collar job like trucking. For that reason, when they try to pass these laws, they fail to understand the full effects that such a bill might have on the general profession. Along with AB-5, California has passed other bills that further complicate the lives of truckers, such as a meal and rest break law. Based on the meal and rest breaks law, truckers will have to take a rest break every four hours.

They will get an unpaid meal break every five hours. Every rest break has to be a minimum of 10 minutes, and every meal break will be a minimum of 30 minutes, but this can drastically cut into the progress truckers make. Not to mention, they will need to consider these things in the future, which can further complicate things.

Because of these over-regulated laws, truckers will have three options to choose from. They can leave the state for greener pastures, become an employee at a trucking company, or they can quit the industry altogether. Quitting the industry hurts the overall trucking sector, which already suffers a shortage. Leaving the state can get extraordinarily expensive in some cases, but it may be a necessary choice. Others might choose to settle down as a trucking employee.

The long-term consequences of AB-5 will most likely be incredibly negative because of the over-regulation that happens in the state. It will hurt the profits of businesses, and it could even have a negative impact on the trucking industry as a whole.

Who Signed off on This Bill?

Governor Gavin Newsom signed off on the bill in California, but there were plenty of other politicians to thank for this corrupt and economy-damaging bill. The bill gained national attention because many other states follow California as a policy leader, and other states may also adopt these new and harmful measures if they have short sighted and incompetent politicians like the state of California.

New York, for example, also has incompetent politicians, and a similar bill is on the books that they’re attempting to pass. California has the largest economy in the nation, but whether this bill has positive effects or not remains to be seen. Many freelancers who will lose their jobs, homes, and other assets certainly won’t look on Californian politicians with favor.

One of the biggest inequalities to come from this bill comes from the fact that 50 professions were exempted. Some of the exemptions include high-status professions like doctors, lawyers, dentists, real estate brokers, stockbrokers, accountants, and many others. The bottom line, if your profession lacked good lobbying, you were most likely lumped into the category where your annual income could get slashed into a fourth. We could even see similar bills popping up elsewhere if there isn’t enough backlash. Those who have suffered a direct impact as a result of this bill pray that it will fail.

While they plan to put this bill into effect on January 1, 2020, many lawsuits have posed a legal obstacle to this bill going into effect. The biggest problems from this bill include incoherence, vagueness, uncompassionate, and irrationality that will cause many people to lose their jobs. Many people from a variety of professions argue that it violates the constitution of the United States.

Some of the biggest backers of this bill include misguided labor groups who have argued that it protects the rights of its workers. Some people, however, see this as them just corruptly wanting to siphon more money off a new pool of employees. However, who’s to say if that’s true or not? The fact of the exemptions certainly doesn’t point in that direction.

BetterTruckDrivingJobs.com hopes that this article addresses the Logistics Transportation Layoffs in great detail. Feel free to add your thoughts by leaving us a comment below.